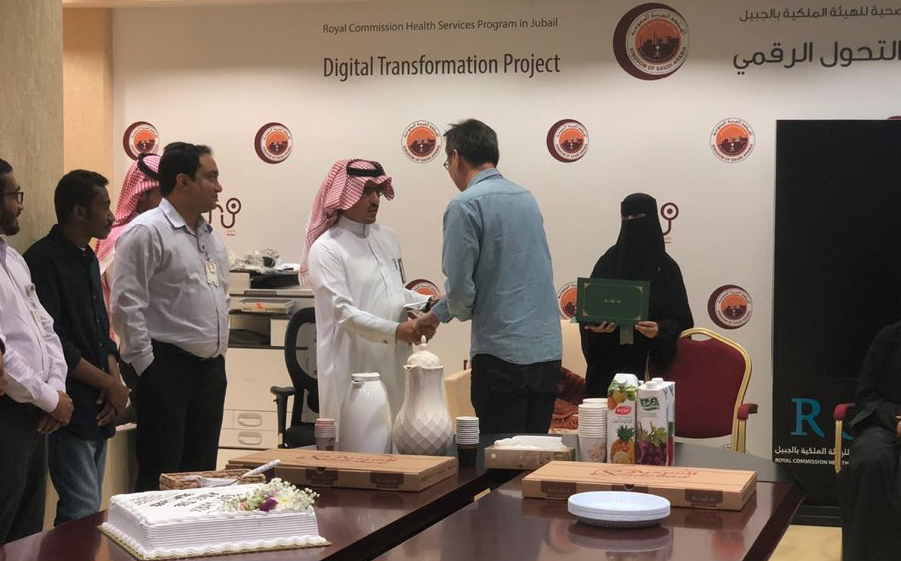 Such solution integration provides Royal Commission Health Service Program to analyze approx. 120 Clinical Indicator and Business Intelligence in real-time monitoring, which will deliver significant patient safety and better hospital management for the hospital. Implementation began in December and almost took six months for project completion. This project is expected to spread into affiliated hospitals under the Royal Commission Health Service Program in the future.

In 2016, the Saudi government launched the ‘Saudi Vision 2030’ to radically transform the country’s economy, and this is followed by developing the National Transformation Program across 24 government bodies. In doing so, the government chose healthcare as the top priority out of 8 priorities, and worked towards increasing medical accessibility, improve medical quality and hospital efficiency, and expand preventive medicine which satisfies three out of 24 objectives. Royal Commission Health Service Program is firmly committing to ‘National Transformation Program 2020’ by internally operating ‘Digital Transformation Project’ and implementing ‘medical big data analysis’ in their hospitals.

ezCaretech is gaining high expectation from the market as the political relationship strengthens between Saudi and Korea, and also from the fact that the Saudi government follows the healthcare transformation as well as owning HIMSS Stage 7 hospital in the future.

Wee Won-ryang, the CEO of ezCaretech, commented: “We dispatch numerous teams to meet increasing system implementation demand in Saudi Arabia and after numerous demonstration, there is a consensus among Saudi Arabians to learn from S. Korea, and this gives us an idea to expect the 2nd Korean Economic Wave in Saudi Arabia.”