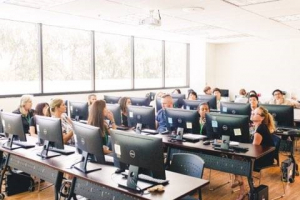 As Glendale Hospital(4th) and Tempe Hospital(5th) implemented BESTCare 2.0B in their hospitals, they are now eligible for the incentive program in Arizona State which means they gain 3% Medicaid premiums incurred in the past year for next five years. ezCaretech successfully completed the project by dispatching ten experienced engineers with fluent English communication skills with the Change Management Team comprised of doctors, nurses, and chemists. This team is famously known as the best functioning team among HIS Vendors in interface implementation processes (test, drugs, electronic prescription and more).

Rebekah W. Francis, the CFO of Glendale and Tempe Hospitals, said “There is no doubt about the quality of BESTCare Team and BESTCare 2.0B solution. Such fast completion of implementation in two hospitals has made other hospitals in the local region to ask for reference check on BESTCare Solution frequently” which raise high expectation for business expansion.